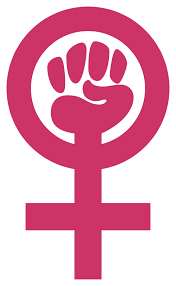 Today, Jesse and I booked the place for Myah's birthday party next month.  My baby is going to be 5!  This is so hard to believe. Time just zips right by and I think it goes faster when you have kids.

Myah requested to have a "Super Hero Girl's Party!" Yes, her feminist mother is very proud of her choice. Actually, if she chose Princess Sophia, Princess Elena, Doc McStuffin, Frozen or Moana, I also would have been proud. These shows are really empowering for little girls to watch. I can't go into detail about each show or film, but they each show girls in situations where the are strong, powerful and smart. The resolutions of any these stories are not about a handsome prince saving them.

As I watch, I wonder what impact these shows are going to have on girls of my daughters generation. I know the women's movement in the 70's had an impact on girls of my generation. Didn't you know I was a woman of the 80's?! We were mostly career minded. Wonder Woman and Charlie's Angel's sure had an impact on us. For me, though, it was more the impact of an eating disorder.

It's a turbulent time for women right now: with the MeToo movement, the Women's March, and the multiple sexual assault allegations against Supreme Court nominee Brett Kavanaugh. We are the ones who may be losing the rights to our bodies and, of course, rape has always been our fault! But women aren't taking it anymore!  We standing up and standing up for each other.

So, many people don't believe Dr. Christine Ford, because she came forward so many years after the attempted rape took place. Why did she wait? It's a good question. But there are good answers, too. Women don't come forward easily, because we don't believe we will be taken seriously. The facts are that usually the rape victim is treated worse than the perpetrator.  The standard belief among men, and some women too, is that we were asking for it!

When I was raped, I never came forward because I was scared, and I had an Italian father who had been a boxer. I was very afraid he would kill the guy. I was fortunate because my attacker was deported.

There have been so many women supporting Dr. Ford by telling their rape and assault stories. They have detailed why they never came out about their sexual assault. I love this and it makes me so proud of these women.

We are the change the world needs to have right now! I am excited to imagine the world my daughter will be stepping into. Whether she will be like Moana and save her Island or be like Elsa and accept her own mystical powers. She will not be alone on her path. She will have the support of her sisters!

Despite all this, I haven't forgotten the Handsome Prince. It must be hard to fulfill everyones expectations of you,  as you try to be all to your community and family. I am not so close minded to see the pressure men face. What I do mind is that the typical male ego dismisses us (women) as competent partners. It's a disgrace!

STOP IT!! YOU ARE MISSING OUT ON WHAT HALF THE POPULATION HAS TO OFFER!!!!