There are NO Words! 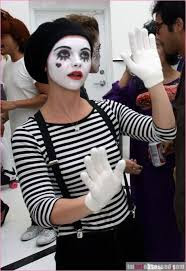 There are no words that I could say today that would make it better. My country is under a white nationalist regime. Those who voted for Trump can tell themselves whatever they want, but everyone knew he was a racist.  Those of you who voted for him sold out for power and money.

The fears aroused from eight years of a black president are what drove in the final stake, because let's face it, rich white men are afraid of losing their power and the fascists eked out a win riding on that fear. The truth is that their fears are probably going to be the end for them. If you think black men are going to get you, you have no clue, because women of every color are what you should fear!!

This weekend, two black women lost their sons for no other reason than they were black! Bombs were sent to prominent public figures with the intent to kill. All the wives, daughters and sisters of these people are angry at what you tried to do to their loved ones. Eleven Jewish people praying in their temple were shot down as if they were on a battleground. All the women in those families are angry!

We are so sick of being on the receiving end of your rage!!! Nov 6 is our reckoning day! Then let the games begin!!!!!