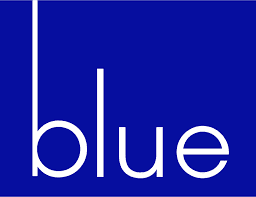 Sorry for late post. I have had some health issues. Nothing serious but annoying.

I have to admit I was nervous for the election in the States this past Tuesday. Actually I still am. It is amazing that the blue wave won the house back and that so many women won! That is history and as a feminist and a mother of a daughter I am ecstatic!!! It's about time and I really think WOMEN are the change the world needs right now. (Though I have thought that for years!)

Many people with good intentions want to discuss issues with the opposing side and resolve our differences together.  Well, who doesn't? That is the way our government has worked for over 240 years.

The founding "fathers" set up our government so that we would discuss and argue out the pressing issues. They wanted a government ruled by the people, of the people, and for the people... right? These men fought so we would no longer be ruled by a single sovereignty....one person making all the decisions for everyone else.

Well, I am appalled by people who are willing to give up our democracy for an idiot like Trump. How can you have a working democracy with men and women who are greedy, who would rather make themselves rich than help their fellow Americans.

Then, of course, in addition there is the hate that has also been stirred up in the process.  Two weeks ago, We had a man caught sending  2 Africa Americans were shot in a grocery store just because they have black skin. How horrific is that? Then a Trump fanatic get's caught sending pipe bombs to prominent Democrats. Of course, there was an anti semitic hate crime that killed 11 Jewish people in their Synagogue the Saturday after the grocery store shooting.

Trump has made it okay (even highly positive) to hate! There can be no reasoning or discussing with the people who are causing these kind of things to happen from hate. The fact is that someone could kill me, my husband, and daughter only because we have a Jewish name.  Actually, in the Jewish religion, Myah isn't even considered Jewish because she doesn't have a Jewish mother.  And she isn't being raised as strictly Jewish, but instead as a Christian. Hate is an awful thing!!

Hate and bigotry aren't what our country was founded on. Right now, I find that the Republican party is no longer a party with traditional conservative values but instead it is full of greed and hate. Now, many Republicans don't feel that way, because they can't be with what is happening.And there are those religious evangelicals who think that Trump is their savor (Sick)! I've lived in NYC for over 30 years, and during all that time, he was considered not much more than a slumlord!

My question is how do we handle the present situation? Trump isn't really the problem. The people who hate have hated long before he was President. He just made it okay (legitimate) for them come out of hiding and express their hate openly.

Why does it matter what the color of someone's skin is? Or their religion? Or their gender?

Well, I pray for peace and love all the time. God is good...even in these tough times!