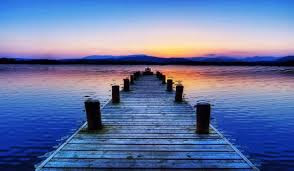 On Jan 22nd I lost a friend. Her name was Heather.  She had very special soul and it was hard not to be touched by the beauty of it when you were in her presence. After not seeing her for several years, she came to Costa Rica in the fall of 2017. We only met for a few hours, but it was like no time had passed between us. It was then I learned she was in remission from ovarian cancer. We spoke many times after that and I was also on her podcast "The Soul Filled Life." In my last conversation with her, she told me that she had been to doctor and her markers were ok, but they may recheck.  And she was ok for long time until recently - when she found out the cancer had spread too much to save her. Heather told her family she was ready and at peace with dying. I don't know how many people would react that way to the news Heather faced, but I am not surprised by her reaction. She had a big beautiful smile and a radiance about her. A truly beautiful person. I will miss her.

This January 27th was the 3rd anniversary of my Mother's passing. She and my Aunt were involved in a fatal car accident December 12th 2015. My Aunt Nancy was killed instantly while my mother suffered on life support for 6 weeks.  There are so many mixed feelings about what transpired those 6 weeks. I said good bye to her, but really how can I say goodbye to this life force who was my rock, and the person who helped me achieve my dreams.

This third anniversary wasn't different than any other day since she passed. The ache is still in my heart. I know it won't go away because my father died of cancer over 18 years ago and it still hurts. It especially hurts because my daughter doesn't get the benefit of having them as grandparents. The older I get, the more I realize that life is more about death than I'd like to admit. I think of my own morality and honestly it frightens me. My faith is strong and I believe in an after life.  Though I finally got to like this life. Not so crazy about leaving. Especially, my daughter!

These are scary things to ponder and it has broadsided me this month. Every day is a precious gift!
I say that, but do I embrace my day like that? I have waves where I am with my daughter and feel so blessed...and also other times when Jesse is driving or doing something and I think Wow! I am married to this guy!

I don't take things for granted, but I look at every day as something to be fortunate enough to enjoy!