Losing My Stars and Stripes 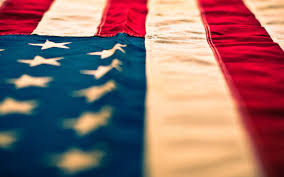 I'm sad today. Why? Well even though I live in Costa Rica, I am still a US Citizen. That is something I've always been proud of. Today, not so much! Every day in the news, there is something else the extreme right thinks it's ok to do.

Saturday at Myah's school, they held an "International Day." There are about 40 or so different nationalities represented at her school. There was music, dancing and food from each country. It actually is very nice, but what got me was that in the US we also have residents from all these different nationalities and many more. We use to celebrate this diversity, but now we are only blaming immigrants for lack of jobs and terrorism.

You know I am an Italian American and very proud of that fact. The reason I'm am so proud of that fact is my father.  He loved being a citizen of the greatest country in the world. The admiration that he had for his grandparents was great. My father believed in the American Dream. And he lived it by successfully owning 2 businesses.  He was a history buff and read a lot about the US history.

He also loved Italian artists who were his favorite. When I was about Myah's age, he sent away for 2 books. One was on DaVinci and the other on Michelangelo.  It was like magic was delivered to our door. We revered their work so much.

It seems there is so much hate in States. Maybe it was always there, but at least people kept it more to themselves. I don't understand why there is so much fear of people from other races and other religions. You certainly don't have to like everybody or adopt their beliefs if you don't want to. It's tolerance that is needed.

Hate doesn't get us anywhere but war and with war comes death. Keeping children in cages is the least American thing to do!! We fought so hard for those who have been held under hostel regimes and now we are one.

I don't know why people aren't standing up in outrage! It's so frustrating to me!

Yes, I left.  But I did so because of the growing anti semitism in the States. In NYC alone, the hate crimes against Jews rose 94% after Trump was elected. If it were only Jess and I, we probably would have stayed, but for our daughter's safety we decided to leave.  I don't think we are the only ones unfortunately.

Do I miss the States? Yes, I miss New York City!

My hope lies with the Women, LGBT Community and our Youth!!