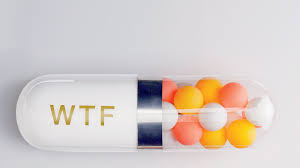 Apologize that there were no posts last week.  My only explanation is that Life was happening off the charts!

If you have been following this blog, you know that I had asked my psychiatrist if I could get off lithium. After eight years of no episodes, I decided that maybe it was time to get off such a harsh drug and opt for something that wouldn't be so hard on my body. Besides my dosage is already quite low.

My doctor's response was she would think about it. I was ok with her response because at least she was considering it.  In the same day, I told my therapist about my request and she was was thrilled. They both ended up talking with each other about it over the next month.

My next appointment with my psychiatrist was May 3rd. I took my husband Jesse to plead my case with me. He did an excellent job by the way! Though it wasn't needed.

She came to this because she knows I was off all drugs for the two years when I was getting pregnant, all through my pregnancy and after Myah's birth so I could breast feed. I had no problems at all without medications. Enjoyed my pregnancy, the birth of my daughter and early motherhood. Being Myah's Mom is the greatest experience I could have ever imagined.

In the fall, my lithium level was high: 900mg. We lowered it to 600 mg and I felt no real change. If I was truly bipolar, I would have felt the change in the dosage. When I was getting off lithium before I got pregnant, I felt no change at all being off it either.

PTSD really makes sense considering my past traumas and my anxiety.  My anxiety is my issue every day. I just go along with it.  What a major pain in the ass it is! I don't have the kind of anxiety that I'm afraid to get up in front of the room and talk to people. Yes, I do have anxiety when confronting things, but honestly I have been confronting my stuff since I was 25 so that kind of anxiety I am used to. Like everyone else I get anxious trying something new, but that's something I usually pray about.

The anxiety I have is the kind that there is no apparent reason for.  It's just there. That's a PTSD thing I think. There so many questions and feelings about this I haven't explored yet. I think it's accurate and that's all I know for now.

Right now we are slowly taking me off lithium again to see my reaction. Having been off lithium before with no incident I don't see that happening again.

Unfortunately people with mental illness are misdiagnosed all the time. The symptoms of each are so similar that it's hard to discern.

The thing I can say about myself is that when I feel something is wrong with me I go and do something about it. Blaming my parents or others for my short comings isn't going to move me forward in my life or make me a better wife and Mother.

This is another road on my journey and God has prepared me. Boy! Has he prepared me!!