Baby, She Was Born to Run!! 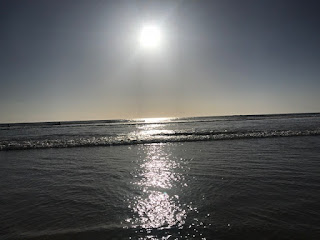 Hola,
Well, I am finally running again! My health is better and I am ready to get in running shape.
One thing to know about me is that I love to run!

I started running when I first moved to NYC. My roommate Claudia ran and she convinced me to go running with her one day. We lived between 111th and 112th on 5th avenue. A nice address now, but in 1984 it was run down...and I didn't ever go north of 112th!! That's funny, because 21yrs later I lived not too far from there on 114th and St Nicholas.

We were right across the street from Central Park, but the park was scary back then. So, we ran from 112th down to 5th avenue to the Metropolitan Art Museum on 82nd St.  I can still remember running with my walkman, listening to my "Thriller" cassette.  Michael Jackson  is very cool to run to. After awhile we started running around the Reservoir at the 96th St. entrance. Of course, it looked much different then. It had a rusted chain fence. I always felt like I was in a Woody Allen film when running there back then.

In 1985, I moved to Carroll Gardens in Brooklyn. It was always beautiful there. Carroll Gardens is the neighborhood just beyond Brooklyn Heights. I lived on the corner of First and Henry St. There I would run up to the Heights and the Promenade. I would look over the East River to see the skyline of the city and with pure determination say, "New York you aren't going to beat me!"

In 1986, I moved to Ft. Greene with my precious friend Heidi. We were probably some of the few white people who lived in that neighborhood at the time. Spike Lee still lived there and I would see him often. My run was different then, because it was basically street running. We lived on Clairmont off of Dekalb Ave.  So, I would run up Dekalb to Fulton, and on to the Fulton Street Mall up to Brooklyn Heights. The fun thing about that run was seeing all the different people. It was the first time I lived in a black neighborhood. It was hard at times, but  I liked the atmosphere. After being stalked for 2 years and getting mugged twice, I moved to Hoboken, NJ.

Hoboken is the first right after you pass through the Lincoln Tunnel on the Jersey side. I lived there for 5 years. They were some of the hardest and best times of my life! I hit bottom with my eating disorders in 1990 and my recovery began at the end of that year and has continued ever since. My early recovery was running on the streets of Hoboken. I ran on Sinatra Drive, Washington Street down through Church Square Park.

In those early days, running was such a release and a way of exercise that I enjoyed. When I lived in Ft. Greene, I also started swimming, another form of exercise I enjoy. I was always the fat girl. At least that was the way I always saw myself. My sister was very athletic and I was so not! I hated gym because I was so uncoordinated. Though I could run and swim!

In 1995, I moved to the smallest studio on West 87th between Columbus and Amsterdam. I was a block and a half from Central Park!  My love affair with the park really started there. In the 11 years since I moved to the city, the park went through major changes and so did I.

I started training with a personal trainer at my gym. His name was Howard Gardner. This man made me see the athlete inside me. I did 2000 crunches a week. Weight lifted three times a week. Swam twice a week and ran 3 miles every morning. I was in great shape physically but the stresses of my job were really getting to me. I decided that I wanted to be a personal trainer. A way out of the grind of the fashion industry. At the time, I didn't see how I could earn money for rent and still start my training career. So that idea never came to fruition.

In 1998, I moved up to 105th and West End Ave. The greatest apartment I had so far. I was right next to Riverside Park and Central Park was only a bit of a walk. Though I did go to the park, I didn't go as much then because 5 years earlier I was in a bad car accident and had a herniated disc in my lower back. Plus my running was always proportional to my depressions as well. When my father died in 2000, I would walk on Saturdays to Central Park and walk around the reservoir for hours crying. The Reservoir had already become a place where I would run out my frustrations, dance to my victories and cry over my troubles. It is a very sacred place for me.

I didn’t run much until about 2005 when Jess and I moved to Harlem. We lived at 114th and St Nicholas on the corner. The entrance to Central Park was four blocks down at 110th and Central Park North. We were always in the park. I mean we even got married at the Central Park Boathouse!

When we moved in together I didn't run. I walked because I had gained a lot of weight. Even walking became very hard. It was then, I decided to face this issue in my life head on and I lost 114 lbs. It took time and I started running again. If you know me, you know I hate the cold! When I was losing weight, I would run in the coldest weather and have layers of clothes on me.

Once the weight was off, I was running about 3 or more miles a day. I started swimming again. At the age of 48, I ran 7 miles a day (That's about once around all of Central Park) and I swam twice a week for about an hour on a pool that was half of an olympic size one. I did this up until I got pregnant with my daughter Myah.

I lost my first pregnancy and I was still running then. There is no proof of what caused my miscarriage, but I didn't want to take any chances. I walked then and took yoga again. I went swimming which felt so good when I was pregnant.

After Myah came, it took some time to get me back to running. I did but not as much as I used to. Leaving New York wasn't hard at first but what I missed most was running in the park.

The park had been and will always be a sanctuary for me. I am a very anxious and neurotic person and running releases my tensions tremendously. It is also the time I get to be with God, my time to listen to inner my voice and sort my head out! I've had some of the biggest breakthroughs in my life while running. There have been some runs where I am so pissed off! Also, some where I just cried.

One of the things I used like to do was run to my therapist, who was located in the West Village. The first time I did it, I was so incredible proud of myself. I lived in Harlem and I walked to Riverside Park and ran along the Hudson River down to the west village. You have no idea what a feat that was for me. I got to run along the whole city and be right on the water at the same time. Water calms me! The ocean to me has always been the place I think God must hang out!

I couldn't run when I first moved to Costa Rica, because the altitude where we first lived affected my blood condition. I missed it so much! Walking even became difficult. The only thing I could do was swim.

This past week I decided to start running again. My run begins in the woods of Tamarindo and then it leads me to the beach! When I run by the ocean, I say hi to God and thank him for yet another beautiful sanctuary. Of course I am starting out slow. I run close to 2 miles. I walk part of the way home. This has totally boosted my attitude of gratitude that I am coming into this new year with.

Before I end, I really need to talk about how important the music I run to has been to me. I've gone through stages of listening to Madonna, only to Pink, and then just what's on the radio. Broadway musicals, Elvis and some Amy Grant.  In the states, I loved Pandora so I could listen to music from my younger days and now here I am on Spotify. Yesterday I ran to Cher! I love her!!!

I've run in different states and in other countries. Yesterday, while I was running, I said to myself "You are running on one of the best surfing beaches in the world! "Girl, you are running in Costa Rica, the place where you live!" Yes!!! This is my new sanctuary and I feel so blessed.