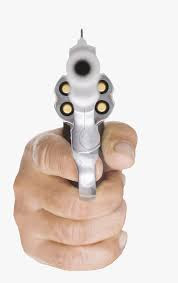 Hola,
Sunday in parts of the world, it was Mother's Day. We celebrated here because it was Mother's day in the States. It was a quiet day. My daughter made me a beautiful card and drew me a lovely picture. I was presented with chocolates and a homemade Red Velvet Cake. I felt so blessed.

Along with missing my Mother, I couldn't get Ahmaud Arbery's mother out of my head. Ahmaud Aubrey was a young black man shot in cold blood by two white men while out jogging in a predominately white neighborhood in the state of Georgia. A father and son took this young man's life.

I kept wondering how her Mother's Day was? Did she cry all day? Did she have other children? I know it must have been painful. I am not black, but I am a mother and if anything ever happened to my daughter, I think that would be it for me. I just can't imagine her pain.

A senseless ending of a young man's life. He was 26yrs old. I can't come from a black perspective because I am a white woman. As a white woman, mother and a conscious member of society, I am beyond outraged. This isn't the first time we've seen a senseless killing of a young black man.
Again, the white male privilege prevails. The two men who shot Aubrey weren't even arrested until a video of the shooting was put out on social media. I'm glad that happened. I always thought if you shoot someone in cold blood and there are witnesses, that the shooters get arrested! Why did it take this horrific video to surface in order for justice to be served?

As white person, I am so embarrassed and angered that we are letting white privilege kill young black men with the malice that should have been erased from our conscious history with people of color. That someone decides they are basically better and more intelligent based only on their skin color is incredibly arrogant and ignorant. There is such a cost to our society when we do this!

When you define a person by their skin color, you are limiting life itself. The difference between me and someone of color is that they have more melatonin in their skin than I do. Their ancestors come from warm climates and our incredible biology adapted itself so they were protected from the hot sun. That's it!!!

I'm not going into the history of slavery, because I am not here to give a history lesson. I will say that it is repugnant to me that someone got the idea to go to Africa (and elsewhere) and literally brought these people back to be slaves. Doesn't the Bible tell us that God freed the Hebrews from slavery? Isn't that a lesson for ALL of us?

I can only relate from my own experiences. In my house growing up, my parents never sat down at the dinner and taught us hate. As a matter of fact, my parents made a conscious effort to teach us not to grow up that way. I remember my parents sitting me down in our dinning room and explaining that it doesn't matter what color a person is. It matters how people treat you. There are good and bad people of every color of the rainbow, but those who treat you with love and respect are the one's who become friends and family. My parents didn't just speak those words, they lived the example.

Out of the 33 years of living in New York City,  I lived the last 12 with my husband, then daughter, in Harlem. By 2005 there were white people in Harlem...not many, but some. We chose Harlem because the apartment we rented was inexpensive and we were four blocks from Central Park. Plus, I had always wanted to live there because of it's great history.

Now, no one rolled out a red carpet for us. But we were never harassed or told to leave. Nothing violent ever transpired towards us in the 12yrs we were there. We became part of the neighborhood. Our neighbors sat on their stoops as we walked our dog...and eventually the baby. They always greeted us with warm smiles and asked us how we were doing. Some were friendly and some were tolerant. No one ever shot a white person because they were white. Black people can Never do that and just walk away...like it seems white men can!

I miss the community there and our neighbors in our building. In Harlem, there are Mosques, practically every domination of Christian Churches, and a Synagogue. Black people may not like how Whites and other nationalities have moved in or how corporations are taking over. They tolerate and accept it, because they can't do anything else or they will be condemned. Is this fair? They work hard and pay taxes too. I remember having a conversation on a train with a man from my neighborhood about whites moving in. He said "You know I don't mind at all! What angers me is since whites are in the neighborhood, we get better police protection."  My response was "I don't blame you. That would make me angry too." I felt so embarrassed and angry at the white establishment for not protecting these people like they should have been all along.

My friends come in all shapes, genders, sexualities and colors. I have friends of color embedded in my heart who I fear for every day now. Their love and care for me and my family at times has been what has kept me going. How is it that even as a white woman, I have more privilege than young Ahmaud Arbery?

kftugwh1dg said…
You could not submit files to Conair Shower Caps the machines till you've have} read and agreed to all notices and safety tips. They spin the inventory material in opposition to the drill bit as an alternative of spinning the bit and chopping into the block. Drills – These function by spinning a drill bit and chopping it into a block of inventory material.
January 15, 2023 at 1:35 PM