Why AM I Angry? 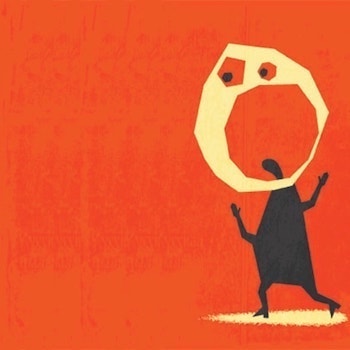 Why am I Angry?!! Let me tell you. I am so sick of Trump supporters! I was told that I don't know the world by a butcher in NJ. Give me a break! I lived for 33yrs in the most diverse city in the world. The things I saw in those 33yrs did not always make me proud to be an American.

I worked in manufacturing for 20 years and saw insides of textile factories in China, Thailand, and Taiwan. My opinion was like so many conservatives at the time. The people in the South were starting unions and not supporting the US in being a manufacturing country.

Have you ever been in a textile factory? First you wear a mask because of all the chemical fumes in the air. You also wear ear plugs because the machines are so loud. It's dingy with not much light. People are paid less than a dollar a day in some places. I remember a factory owner in Bangkok slapping me on the back and pointing to a young girl threading a weaving machine and saying, "We like to get them young because in this job they lose their eyesight by the time they are 20." He was laughing when he said this. His slap was to impress me with his capitalistic ideals. I also remember the meetings where we talked about how to screw these factories out of money we owed them.

The people in textile mills in the South formed unions because they wanted better working conditions and a salary they could live on. Instead of listening and finding a solution to make it work for both sides, manufactures said fuck you. I'll go to China and exploit those people. You see most retailers mark up prices any where between 75-85%. Now, it would be great if these corporations spread their wealth, but they don't. They keep for themselves and people like me are still underpaid and cannot make their bills.

They get big tax relief and put all their money in off shore accounts. To my butcher friend, I've had many wealthy friends and dated wealthy men. They are always looking for ways to not pay taxes! Do you have that choice?

As a woman I find it so easy for you to say I don't know the world? Well, were you ever paid less than a white guy next to you who was younger with very little experience? Even my working harder did nothing to increase my value to these people. This happened on every job I had! Do you think that's what I want for my daughter or anybody's daughter. I also saw how people of color were treated differently. The one time I spoke up against this, I was fired.

It makes me sick to see how greed has destroyed the America my father used to talk so proudly about. He was a very staunch republican and his views weren't always the same as mine, but my father treated everybody with respect regardless of their color or station in life. As an olive skin Italian man, he worked his ass off despite the racists comments he and his family endured. He treated everyone with respect.

Simply, I can"t respect anyone who hates. Let me tell you about my world! Only days after Donald Trump was elected, the Jewish College where my husband worked was receiving death threats! What's so funny is that most of the orthodox community voted for Trump, because of his support for Israel. So, every day my husband, who fought in the civil rights movement, came home and kept silent so I wouldn't worry. There were other incidents happening in the city against Jews and that is when he told me about what was going on. Then things only seemed to get worse in the States, so we decided that we didn't want our daughter subjected to the violence that had been going on in the States for years. We decided to move to Costa Rica. Is it perfect here? No it is not. Are we happy? Yes!

You want to talk to me about news and media. Let's do it! I have Master's Degree in Media Studies. There is no such think as fake news! I am not saying the news isn't sensationalized or even partisan, because it is both. If you look how the media has played the role in shaping our country it's scarier than you think.

On national live TV while running for the office of President of the United States, Trump said he could go up to any woman and grab her pussy. You may think that's just macho, BUT IT'S RAPE. You have 5 daughters. Is that how you want them to be treated? Well, maybe if he was white, rich and said he was a Christian, that would be ok? What about being on National TV while running for President and making fun of people with disabilities? That's what a Christian is to you? I could go on, because he tweets like a spoiled little boy, not like a President.

It's not that I am so impressed with the other side either, because I am not. I am not a perfect person. My choices at times have not been the best.

I had relatives who were very racist. When we would leave their house, the first thing my father would say when we got in the car was that "Prejudice is fear and ignorance." There is no truer sentence. While sleeping in her bed, Breonna Taylor was killed by a white cop who thought he had the right to do that because he was white! It's been 5 months since her death and still no arrests. Imagine if she was white! This women was an EMT. She served her community.

The Christian you are supporting has a base that is made up of white supremacists and Nazi's. No president would ever gotten away with all the things this man has done. There is solid proof he committed treason and you still ignore it.

Yes, I am angry...and you should be as well because what is happening to our democracy is the complete disregard for the Constitution. It's not about parties at all for me. It's about basic human decency. That fact that people are calling him a gift from God makes me sick! His character is by no means Christ like.

He ignored the pandemic and told people it was a hoax! That is not what a president does. Look at George W. Bush and how he handled 9/11. He was a leader. By the way, I was there on 9/11. Again, tell me I don't know the world?

Yes, I am angry because I see my country falling down a deep hole and those claiming to be Christians are following a corrupt, self centered and racist man.

I am angry because I love the teachings of Jesus and have an incredible life because of his love for me and others. When you say you are a Christian and follow Donald Trump, you aren't being Christian. Jesus died on the cross to show us the hypocrisy of governments. Also, remember that Christianity wasn't in existence until after he died. Jesus was Jewish and lived in the middle east. So that white Jesus you pray to is a false representative. As you know people from the middle east tend to be olive or even black.

You tell me I don't know the world? And to some extent you are right. In these 56 years, I've experienced a hell of a lot. Been through a lot. Made good and bad choices like everyone else.

But I cannot and will never tolerate hate.

Yes, I am angry. But I am also enjoying my life. Since the pandemic, I've become more appreciative of the moments I have with my family...watching my daughter grow into a kind and generous spirit.

I put my faith in God and not in some man you all believe is some prophet. He is showing us our culture very clearly. That's what is sad to me. So many scrambling to save America's face. We are a laughing stock around the world and even pitied at this point.

I am so glad my parents aren't alive to see what's happened to the States. A few years before my Mother passed we were talking and she said to me that her and my father made a conscious choice to raise us not to hate. Martin Luther King was a hero in our house. My anger isn't hate. It's just anger and I have a right to it.

If you want to sit on your high horse and act like some superior Christian to me,  go ahead. If it makes you feel better to judge me for my beliefs, then do so. Telling me that I am not Christian or my different beliefs aren't American is bullshit!! If you are so worried that these immigrants who are from different races and religions are going to take your God from you, then you really don't have God in your heart. No one, unless I let them, can take what I feel for Jesus from me. I am married to a Jewish man and I haven't given up Jesus for him!

Don't ever tell me that I don't know the world. You have no right to tell me that! The United States isn't a Christian Country. It's a country made up of people who believe that they can have an opportunity no matter where they come from. That's what brought your ancestors and mine to to the United States. Now you want to deny others the opportunity because they aren't like you. The people who were brought on slave ships had no choice. And now that they are no longer slaves, you fear their retribution. So you allow the senseless deaths of these freed slaves with no justice for them or their families.

I am so tired of false Christians and uneducated white men telling me I don't know the world.

My best to you all! And thank you for letting me rant!