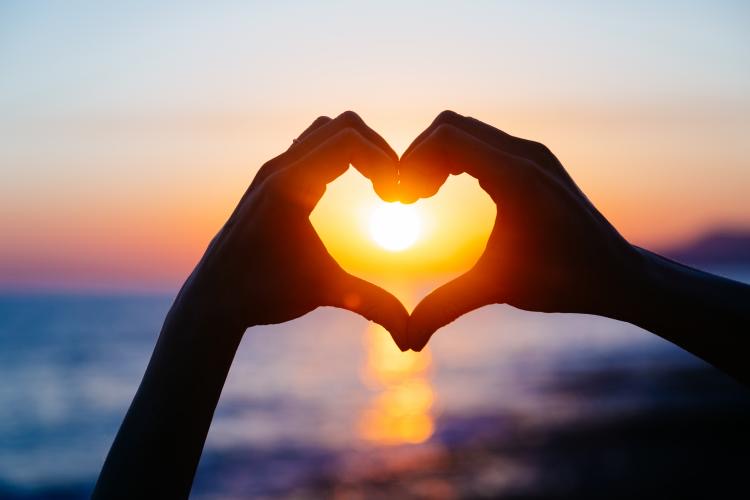 The last few days I've been thinking about some of my past Valentine's Days. I remember as a child going to the store and buying Valentine cards for my class and writing something especially nice on one to a boy I had a crush on! We were all excited to give each other a card. My father also would give my sister and I each a box of candy! When I moved away from home, my parents would send me a Valentine's card every year. One year when I was in my early 30's my Dad sent me a Valentine's card with a young girl dressed as a ballerina. I think that is how he saw me his baby in a Tutu! The good old days!

High School was harder. Being a fat girl with no boyfriends, I felt left out! It only continued as a young adult to almost my 40's. I always disliked this day back then because I was single and fat with no prospects. People at work would get flowers from their boyfriends. I'd go home feeling even lonelier than usual. Eat and hope next year I'd have someone. This finally did change for me, not because I became skinny, but because I was on a journey of self discovery that lead me to fall in love with myself.

So, I decided to celebrate Valentine's Day with myself! I would buy chocolates and flowers for myself.  Some years I would do something special like see a play or take myself to a good movie. How could anyone want me for their Valentine if I couldn't be my own Valentine?

My first Valentine's Day with my husband was the most romantic day I had experienced up to then. We were living in NYC and had been dating for 4 months. Christo's "Gates" exhibit had been open in central park. It was this saffron colored fabric wrapped around the park.  We wondered all through it on this cold February day. It was the kind of exhibit that brought people out and together.  I remember holding hands with my husband-to-be Jesse and taking in the moment with him. It was truly beautiful experience for us. Afterwards we went to the Met to see some of Rembrandts sketches. They were mostly of round naked women. Beautifully done. I remember Jesse said I was like those women. My heart be still! We eventually headed back downtown to the lower east side for a middle eastern dinner and went back to his place to make love! It was my first real Valentine's day with someone and it was spectacular to say the least.

Nine years ago was another remarkable Valentine's Day! Well, actually it was the the 15th not the 14th that was remarkable. In 2013 I was still on my fertility journey and had been trying since 2011 to get pregnant. I had scheduled according to plan to get my pregnancy test done on the 15th of February. It was a Friday and everything at the fertility clinic was scheduled on a Friday. Plus we wouldn't have gone out on Thursday because Jess taught that night. So we got up early on Friday to get down to the clinic for my blood test. We were very nervous because we had lost a baby in December.  So we left with our fingers crossed. I didn't do a home test because I didn't want to be disappointed before I went for my blood test.

Now, we had to wait all day for results. Let me tell you that getting pregnant isn't for the faint of heart because the anxiety of all of it will almost kill you!  So finally around 5pm we got the call from the nurse telling us that we were definitely pregnant and that my numbers were much better than the last pregnancy!We both cried and felt so happy that we were going to have a baby!!! So, we went out in Harlem where we were living at the time to this restaurant called "Chocolat!" Jesse had bought me this beautiful jade necklace. It was such a joyful feeling that there was life growing inside me and that we were making a family!!

I went from lonely soul to a woman who fell in love with herself who found a partner who loves and cherishes her and to a Mother who knows a profound unconditional love for her child.

This is what happens when you surrender to the love of the divine universe.