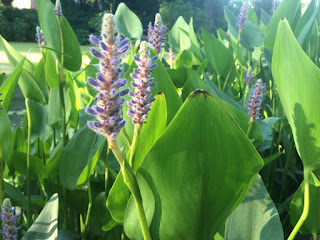 
I love it that Gina asked me to be a guest on her blog, because it speaks to the openness and trust that ground her writings and make her blog a must read for all of us.


A bit of history. Gina and I met in Graduate School close to fourteen years ago. We were first drawn to each other because we were among only a handful of non-traditional students in our program. But even on our first date, I sensed how much more there might be between us. Beyond sharing interests and values, we just clicked.  I was swept off my feet. But having just recently separated from a very long marriage, I was also terrified!


In what would become central to our lives together, Gina was immediately forthcoming about herself (I’m still working on being as open). On our second date, she told me that she had recently been diagnosed with bipolar mental illness.  At the time, I vaguely understood what that meant.


I knew even less about living with someone with a mental illness. At times, I was extremely uncomfortable. One of the things I didn’t understand was how her medication levels were affecting her. Gina had two psychiatrists who over medicated her, so she was consistently tired and lethargic.  It was frustrating for me and made Gina angry and desperate. Looking back, my reaction was totally inappropriate, but it was hard not to take the inactivity of her depression personally. I would become passive/aggressively angry, resentful, distant, and occasionally mean and nasty towards her.


At one point, Gina desperately tried to reach out to me by taking too many pills. I overreacted, panicked, called 911, and she was rushed by ambulance to the ER.  She then forced into a mandatory commitment to the hospital psychiatric ward for a few days. But she really didn’t belong there. She was there more because of my shortcomings, than her illness. Unfortunately, even afterwards I remained defensive and clueless; and embarrassingly, I didn’t do anything about it.  From that experience we both learned the importance and value of having a psychiatrist and therapist who really understood where Gina was at and who was willing to work closely with her to help her achieve her health goals. She’s had two such people since then (one in New York and one in Costa Rica). We can’t overestimate that value that having these people on our team brings into our life.


Over time things did improve, though not always easily. Good information helped me a lot. At Gina’s suggestion, I took an excellent course with NAMI (National Association for Mental Illness) called “Friends and Family.”   With 25 others who had relatives or friends with mental illnesses, I learned a lot -- not just about different psychiatric conditions, but also about how to be in honest support and how to live together fully and richly, without fear or judgment.


With much work and struggle, I have been able to shed most of my fears and all of my resentments.  I wish I could have reacted to Gina’s illness with more maturity and grounding early on. But I guess it’s never too late.  Like any medical condition, bipolar disorder or any mental illness is just one aspect of what makes up a whole person. I love Gina for ALL of who she is, and I cherish her daily struggle to seek balance and calm in life. As all her readers know, she has a remarkable clarity about herself and others. And no one has a bigger heart.  Our marriage and our struggles together have enriched my life in ways that the few words on this screen really don’t adequately describe.

Rosanna Russell said…
Thank you for this honest and moving account. You've each come such a long ways since you first met. I hope you're enjoying life in Costa Rica!
May 31, 2018 at 10:21 PM