Speaking of a Wedding! 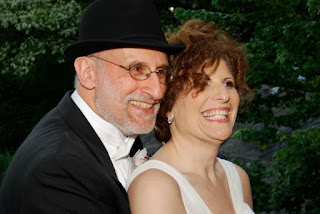 This past weekend we all watched (and yes all!!) The Royal Wedding of Prince Harry and Megan Markle. It was beautiful. But I am going to talk about another Royal Wedding -- Mine!!!

This Friday, May 25th, marks my 10th wedding anniversary to Prince Jesse.  It was a beautiful spring day in NYC's Central Park.  I was driven from the Park Central Hotel to the Central Park Boat House in a very long limousine! My family cheered and there was a street fair on 7th avenue so we had crowds! LOL! 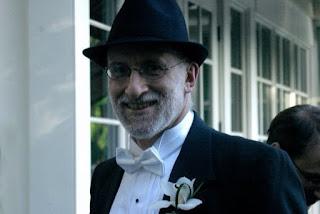 Jesse proposed on Feb 26, 2006. He wanted to get married the following year but I thought we should wait because he had 2 adult children at the time and thought it would give them time to get used to the idea. Of course I will never get credit for that! The year was to 2008. A great year for us!

I always wanted to be married in the spring. Actually since my grandmother passed, I wanted to get married on her birthday May 21st. It turned out it was a weekday, so we decided for May 24th because Jesse and I both have birthdays that fall on the 24th of the month. I started looking up venues in the city. Very expensive! The truth is we wanted to be married in Central Park because we are both runners and love the park!  So it was to be the Central Park Boat House. It was beautiful and exactly what we were looking for!  The garden and the view out on the lake with the boats. Chose the date of May 25th, because it was more cost effective.

It's such a magical time planning your wedding. I loved every minute of it. My mom couldn't do everything because of her bad knees, but she and I went wedding gown shopping.  I remember putting her on the bus to go see florists and the Italian Bakery. I'm so glad we had that time together.

Since Jesse and I are old film buffs we decided the theme of our wedding would be that of 1930's film era. It was fun! My dress & bridesmaid dresses looked like they were from the thirties. Invitations were in Art Deco and every table had two pics of famous actors and actresses of the era.  On our table was Gary Grant and Katherine Hepburn! Place settings were done according to what actor or actress was on your seating card.

We had a beautiful wedding and it was grand for us! Thank you to all who made it a special day! 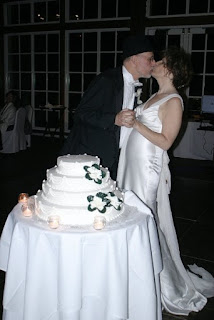 Now, it's 10 years later. Hard to believe because it went so fast. We live in Costa Rica! And we have a beautiful daughter that is something I thought would never have happened!

There are times I didn't think we would make it to this point. Marriage I've come to realize grows into layers over the years. It can be layers of anger and resentment or layers of coexisting together. It can also be layers of hurt. These are the things that 2 people need to work out together and get before you can move forward. Jesse and I have had a few of these things to work out. And we still are.

The thing that no one told me about marriage was the layers of love that grow over the years. Yes, I was madly in love with Jesse on our wedding day and had many ideas of what marriage would be. Some of these ideas were realistic and some not so. Yes, I was let down in the past 10 years, but always totally blown away by the man I married. His commitment to me and our daughter is quite extraordinary.  He gone past his comfort zone by looking on ways to better his life and ours.

I think the best way is to keep marriage balanced with the good and bad. You need the bad because if don't have that than there is nothing to strive for in your relationship.  The good should be celebrated! Acknowledge your love and life you are creating! I know it never will be perfect but it's what we put into it that is important. 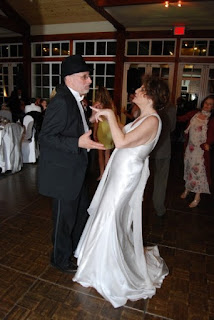