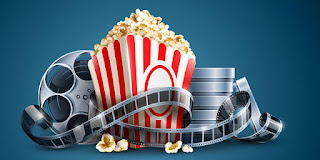 It's Friday and yeah! We just got back from Tamarindo last night. It's a nice drive even though it's long. Feel refreshed and ready to gear up for a new school year with Myah. I am also ready for some serious transformation coming my way. Today I work on the last part of the process of setting up my business.  More on that later.

I decided the other night what I wanted to write about today. This something I really haven't shared because it's a part of living in a foreign country. What I am talking about is television. It's very different here, but then it's not. Some of it is in English and some in Spanish.

The thing is that either you get a station in English, but then it may change back to Spanish. Other times you may be lucky to get English subtitles or my favorite is Spanish with Spanish subtitles. Of Course, the worst is when they dub English films into Spanish. Most of the American movies we see are dubbed that way.

If you remember I have a film degree so I have some authority here. Dubbing to me takes away from the quality of the film, because it compromises the performances of the actors.  That is really not fair, to the actors or the viewers. I say this for all countries, not just American films.

When we were in Tamarindo,  Jesse and I watched the Tom Cruise film "Oblivion." It was dubbed and the guy's voice they used for Tom Cruise was all wrong.  Tom Cruise has a distinct voice as do most actors. When you see a film dubbed with a major star or even an actor you really like, it loses it's impact.

Now, we watched all of the film "Oblivion" probably because we found it a challenge to figure out what was going on. We definitely want to see it again in English.

The way an actor delivers a line is so important to the character they are portraying and to the story the director is telling. Using someone else's voice changes the character. I am thinking of Johnny Depp in the Pirates of the Caribbean. How can they dub that?

I could go on and on about it, but subtitles are cool!