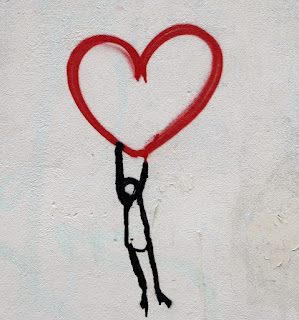 Hola,
I decided to write about loss because we are in the mist of a pandemic and many of us are losing people to this coronavirus.  Loss is hard a topic and I would never proceed to tell anyone how to grieve. I just want to share my experience with loss.

My first experience with death was when I was 16. My beloved Grandfather died from lung cancer. I am the youngest grandchild in an Italian family. Yes, he and my Grandmother spoiled me with their love.  They were my everything growing up. It's been 40yrs since he has passed. I didn't handle his death very well. I mean there is no right or wrong way to handle death. I just was a teenager and had no real support other than drugs. It was an awful time and honestly it took me to my early 30's to come to terms with his death.

Next was my Grandmother. She passed when I was 25.  I had been living in NYC for 5yrs then. We talked every day at lunch. I could write a million blogs about my Grandmother. She was a character! Her laugh was infectious and her kisses went right to your heart. She gave all of us warm love! My Grandmother had a bad heart long before I was born. She ended passing from congestive heart failure on the same weekend my parents decided separate. I basically came back to New York after her funeral a mess. She is the one person I really needed to talk to and she was gone. This is what pushed me into therapy and that is the gift I got from her death. It began my journey into recovery.

Eleven years later my Dad died of Lung cancer. I was 36 and single. The once turbulent relationship I had with my father became one of the best relationships in my life. My father was one of the best men I have ever known. He was a devoted husband and father. I loved how he took pride in being able to provide for his family. As long as I can remember my father worked 2 jobs. He spent 30yrs as a Tastycake salesman. He was a dreamer and gave the best hugs...something he inherited from my Grandfather! The best smile and one of the funniest people ever! This June will be 20yrs since he passed.

What is so pivotal about losing him was how I chose how to grieve. At the time my freelance job at Danskin ended and I was broke. My lifeline was the Team Management Leadership program I was in. I will be eternally grateful to that program for so many things in my life. Had a temp job for awhile then got a new job creating a fabric department for a sleepwear company. I knew that I couldn't be an emotional mess at work and as a team leader I had to be there for the people I was coaching. I am not saying I didn't have days that weren't days of crying in the bathroom at work or at night in bed. The three things I did made a difference. One was every Saturday morning I got up and went for walk at the reservoir in Central Park and cried so hard until I couldn't cry anymore. Another was I went to a 10 week grieving group through cancer care. We were all children who lost a parent to cancer.  I also decided the day before my father passed to honor him in living a full life and not letting my fears get in the way.  He and my mother worked hard all their lives so we could have a better and fuller life. It would so disrespectful to not fulfill their dream for me.

Since his death I have completed my undergraduate and graduate degrees. Met the most beautiful man I get to call my husband. Became a Documentary filmmaker and Mental Health Advocate. Became a Mother to the most beautiful daughter 10 days shy of my 50th Birthday. My family and I moved to Costa Rica almost 3yrs ago. After all that,  I still ache for my Dad's hugs and would do almost anything to see his smile!

On December 12th 2015 my Mother and Aunt Nancy were in a fatal car accident. My Aunt was killed instantly and My Mother was on life support for 6 weeks before she passed. I wish I could say that I had a direct approach to these loses as I did with my father. I am still floundering with out my Mother and my Aunt. My Mother was special, but she never felt that way. She did things for people all the time and never made a fuss about it. She was a woman of the 1950's when a girl was to marry and have kids. My sister and I were given the keys to our dreams because of her. I would have never moved to New York if it wasn't for her. I also survived New York because of all the strength and determination she had passed onto me. My Mother was my anchor and now I am my daughter's anchor. I spoke to my Mother every day...sometimes more than once a day. I could tell her anything.
She was able to be in my daughter's life for 2yrs. She called Myah "her baby!" I guess she was, since I was her baby.  Not a day goes by that I don't say to myself "I have to call my Mom."

I am still honoring both her and my father. Some days it's been difficult. My main focus is my daughter. Motherhood is awesome! After my Mother passed I decided since my parents always encouraged my creativity I would penetrate my fears in that area. My blog is something I thought I could never do and here I am. I've been a singer all my life, but have a deep fear of performing public. I started recently taking voice lessons, but that has ceased for now with the pandemic. I want to do more writing and painting.

I think the sadness of these times are unbearable. We will all lose people, businesses and our sense of safety with this virus. How we chose to heal is important. Not only as individuals, but as a global community.  I've gotten used to my Dad not being here, but I still ache for his presence. With my Mother it's harder and I have PTSD because of the trauma of her accident. The aches and tears won't stop. How could they? They are the benchmark of my parents' love for their unconventional daughter.

Keep Safe and Love yourself even in these days of uncertainty!