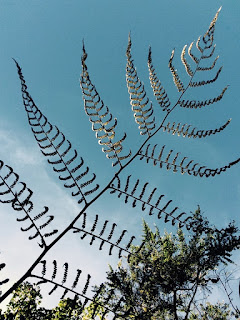 Today is going to be different because I am not going to be talking about Costa Rica as much as I am about a very special day in my life. That day was Oct 30th 2004.

Now, the date October 30th had always been special for me because it's the birthday of my dear friend Eileen Downey. She's has been my friend since we were 10. You can say we go way back, but you know we are over 50.  Isn't that enough! I love her dearly and she is a really great person. 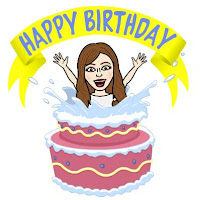 That's why I think it is a great omen that I had my first date with my husband on Oct 30th 2004. Before I go into the date, let me give you some background. I was in my 2nd semester of grad school at the New School University in NYC. I just completed my BA in film studies in June. In my last semester, I was able to take two grad courses because my GPA was high.

When I signed up for  Film Theory, initially it was because I liked the professor and Film Theory had to be easier than Media Theory.  Little did I know when I entered room 304 in the 13th street building that my life would change forever. Now, school started in September and the film theory class was rather small.  I remember the first time I saw Jesse. He was sitting at the table in a stripped shirt talking. My reaction was what a nice looking older man and thank god I am not the oldest person in class! There was another guy named Andy who was Jesse's age. 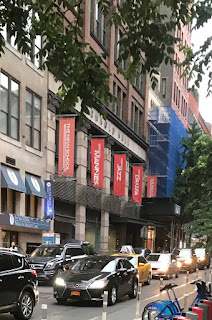 On the first day, Jesse mentioned he was documentary filmmaker and that's what I wanted to do. It  took me a few classes, but I got the nerve to ask him how he started in the business and from that point on, we talked all the time in class. We loved the same films and filmmakers. Now, our class as I said was small and we sat around a table.  One day Jess and I were talking about Battle of Algiers and were looking up something on the computer about this film, when our professor came in and we rushed back to the table. As we got in our seats, Jesse pats my hand and says in front of everyone that we should go out sometime.  I was taken aback, because of our age difference (16yrs) and that this really cool guy wanted go out with me. Of course I said yes.  A few days later he emailed me and we set up our date.

I have to say I wasn't super excited for this date just because a part of me wasn't sure if it was a date or just friends. We agreed to go see Mike Leigh's new film Vera Drake at the Angelica in the west village. This isn't the best film to see on a first date, but if you are Media Studies Master students it is.

I remember crying at some point in the film and Jesse rubbed my arm.  That has stuck with me all this time. We left the theatre and made our way to a Mexican Restaurant through throngs of partying trick or treaters. Margarita's were good and conversation was easy. Jesse walked me home and we just talked. He was going through a bad divorce and I listened to what he had been going through. I talked about myself and my past summer that also been hard because I lost my apartment. I also found out I was bipolar, but didn't tell him that until our next date. As we approached my front door, Jesse leaned in and gave me a good night kiss (It was a date). Did sparks fly? No. Just a comfortable hello to our future!

As of today, we've been together 13years and 9.5 married. What I love about this man and our relationship  is that we are both comfortable being ourselves together. Even when he's being a bastard and I am being a bitch, we are like okay. You can either be that way for awhile or we usually sit and work it out! 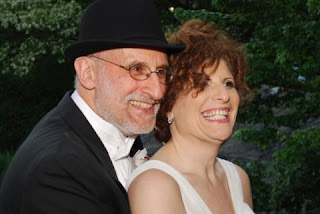 He's my favorite person to be with and we love many of the same things. He is so talented as a filmmaker, designer and an amazing professor. Jesse takes good care of me, because that's his way of showing me he loves me. I take care of my illness,  but he is supportive of my choices.  Did I think I'd be with him 13 years later? No, not at all. Falling in love is a wondrous thing! Now, we are here in Costa Rica with our daughter! 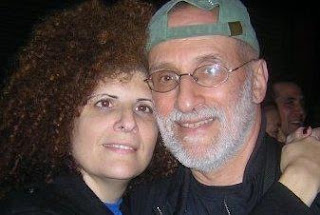 This is my favorite Picture of us! We were at 125th in Harlem
the night Barack Obama was elected in 2008! The dreamer and
the hippy! 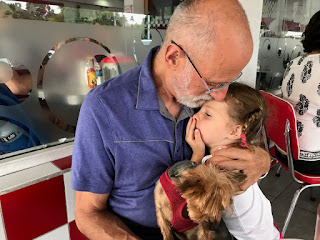 Daddy with his girls!!

We have crossed many bridges together and alone. Things that once were, are no more...but the one constant is that we love, respect and trust each other. Jesse you are my heart and I love you forever! 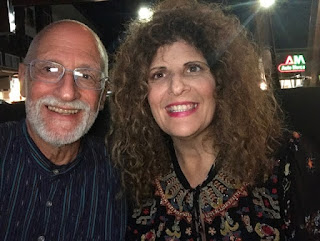 This is us on my birthday last week! 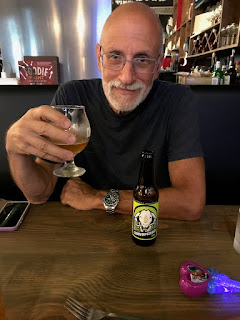 I took this in Panama City. He looks
mighty fine at 70!

Dave Rudbarg said…
You two are AMAZING. Your authenticity and willingness to grow is everything.
I love you both madly.