"Free Fallin: You Don't Know How it Feels" 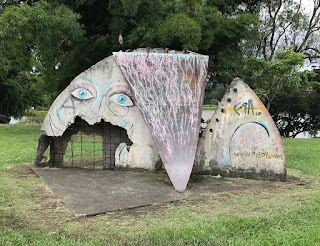 I'm not really sure what to write today because of what is happening back in the States. It seems trite to write about my life in Paradise when so many are suffering all over the country and that means Puerto Rico too!  I can write about what is going on with me and see how that goes.

One of the things that comes up for me with the shooting is how the words mentally ill or mental illness are prominent in the media. Yes, definitely something snapped for him to do what he did. There is no question, but until you have the facts of went wrong, don't speculate and traumatize a large population of us with mental illness. There are so many people who are suffering right now because the media is stigmatizing the mentally ill. We deal with stigma every day, but this stuff just blows it up. A lot of the work we are doing to rid ourselves of stigma gets marginalized. Stigma stops people from getting the help they need!

People with mental illness mostly hurt themselves. They either self harm, do drugs, drink, close themselves off to the world and in unfortunate cases they kill themselves. The fact that mentally ill people can buy guns again is also stigma. I don't think you need to have a mental illness to kill people. If that was so what about the military and law enforcement? That's enough of my soap box for now.

Well, we finally went to the La Sabana Metropolitan Park in San Jose. It isn't Central Park but it is a park and I realized when there are parks there is community. It made me see that the sense of community you find in a park is universal. Myah rode on a pony for the first time and loved it! We enjoyed the ducks and geese as we usually do at the park. 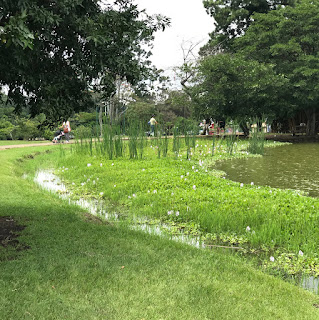 Going to Panama City this weekend so hopefully I will have videos and pictures for you!