Me Too in Costa Rica 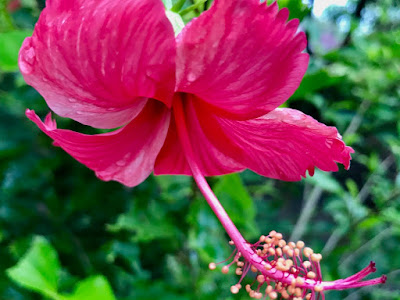 Ever since the Harvey Weinstein scandal broke, women all over have been opening up about how they were sexually harassed or abused.  Alyssa Milano came out with campaign called "Me Too."  She believes that putting the words "Me Too" on your status will give people a sense of the magnitude of the problem.  I think what she did is extremely brave and commendable, but I disagree with her.

Why, I disagree is that we need to do much more than just count numbers.  MOST women have experienced some sort of sexual harassment. The numbers of those women who have been sexually abused are probably as high.  I say this because I was molested at 10 and raped at 21.  My experience has been that when I'm in a group of women, most reveal sexual abuse in their past.

Alyssa Milano also said she wanted to take the focus off the predator. I understand she wants to focus on women and I couldn't agree more, but for different reasons. In my opinion, we need to focus on the predator and make him accountable.

The Harvey Weinstein's have existed for ages. They get a way with with it because of the patriarchal society we live in. Just look at the President we elected. A white privileged wealthy man who boasts of grabbing pussy whenever he wants to. I think this states clearly the role of women in our society and privilege.

I am a child of the 70's and feminism was new, but strong. Those women were ready for change, no matter what the cost. Somewhere along the line, we lost that important momentum. Today's feminism sure isn't the "I am Woman, Hear Me Roar!" It's a more passive "Me Too" type of feminism. Let's count the numbers of those assaulted & abused. Then when they see the numbers, men will change. NO! When one woman is raped or sexually harassed, we all are! That's the mindset we have to take.

Look, if we want change, we have to be the change. Men have been running this world for a long time. It's about time they got some help and learned how to behave. The women's march in January was awesome and I really wish I had been there, but we were here in Costa Rica. Unfortunately, there hasn't been anything like it since. We have to march and protest consistently. Stick together like men do. Get women elected to office.  Another thing we can do:  When a woman presses charges for being raped, we should stand by her and if the charges go to trial, there should be at least 20 women in the courtroom. I say this because I'm tired of these punks getting off for raping girls while they are passed out! The girl is never supported and I know one girl who killed herself.

What I've said I really believe in. I have a daughter who has an amazing sense of self and you know that can be taken from her by some entitled-thinking man. My job is not to let that happen! We do live in Costa Rica where machismo reins, but that doesn't change my stand at all!

Women will be the ones to bring about change. I say this because we are smarter and more evolved then men. Our stamina is strong and we are relationship oriented.

I say this every day: I can't believe how bad the state of the world has gotten. It's sad, and I so want a better world for us all.

Love and Peace to You All

Dave Rudbarg said…
It's only the beginning. I am looking forward to everyone communicating with great authenticity....... And I love your stand for well being and power.
October 18, 2017 at 8:49 PM