My Days in Panama City

We are home from our Panama Adventure. I don't know if it was a huge adventure, but it certainly was interesting.  If I explained this to you before, then I apologize. We went to Panama because our 90 day visa was up. Once we are official residents, we won't have to leave Costa Rica every 90 days. It's that Cedula thing!

Our first thought was to go to Florida, but then we decided let's go somewhere we haven't been before. I had some reservations about Panama, but I knew that it had been developed a lot more. Developed is an understatement. The hotel we stayed in, The Plaza Paitilla, used to be the tallest building 20 years ago in Panama. It has 19 floors. You see that it is much different now.

The view from our hotel room. 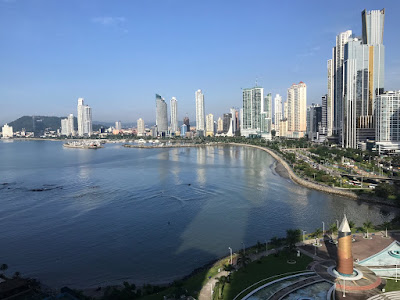 There are many pictures and a video I want to share with you, but I think my observation from this long weekend is something I want to talk about first. Panama is very American compared to Costa Rica but not much. The currency in Panama is US Dollars and more people seem to know English. All the high rises seem like a tribute to the USA. The fact that we were US citizens made it easier in customs. No questions asked. One of the things Costa Rica and Panama both have are lot of are American stores and restaurants. It's like we infused these countries with our culture. I'm not saying  it's a good thing or bad thing. I think what I noticed was other than the "Old City" in Panama, there seems nothing very little of their culture left. Costa Rica on the other hand is different. They probably have more McDonalds than Harlem. Pizza Hut, Papa Johns and yes Starbucks are rampant here. The Mall has mostly American stores.  In spite of the American influence, the Ticos (Costa Ricans) are still are very traditional in their values and way of life. Everything here is at a slower pace. We have no skyscrapers in Costa Rica. They would block the view of the mountains. Ecology is important here. I could totally be wrong about Panama, but this is just what I observed. One thing you should know, Christmas comes to Panama and Costa Rica before Halloween too!

I have so many pictures and a video to share. It's so hard to pick from.

The first place we went was The Biomuseo that was designed by American architect Frank Gehry.
Gehry's wife is from Panama. Here a few pics of museum. 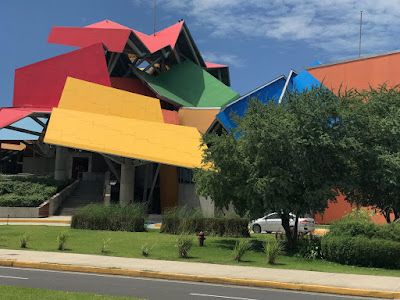 The front of the museum 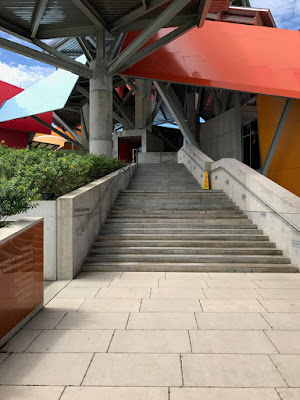 The entrance of this amazing building. 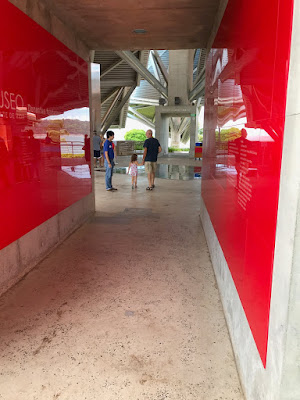 Jesse and Myah talking to the guide 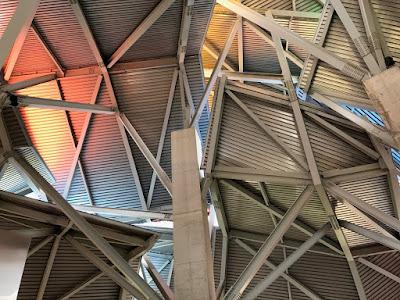 The Ceiling of the museum. An amazing structure.

Next we went to the canal. I was fascinated by the ingenuity of the Panama canal. 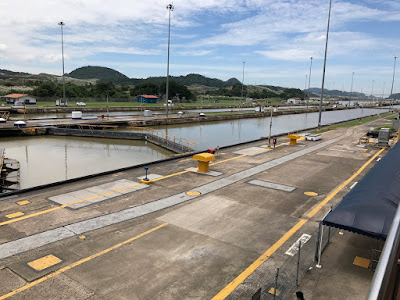 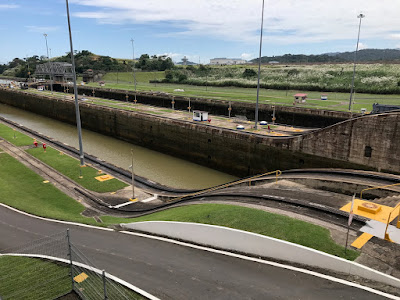 I am going to end for today and post the rest of my pics and videos tomorrow.

All pictures were taken by yours truly!

Love and Peace to you all!