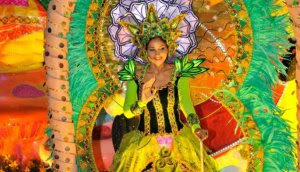 Perseverance in life plays a considerable role in achieving ones goals. Today, Jesse and I persevered in getting the internet working so I could work by the pool. It is so much better than working in a loud Starbucks and now I hear the rustling of the palm tress from the wind, distant voices and Myah's cartoon that she is playing on my phone.

Christmas in Costa Rica is fun and we were recently introduced to the Festival of Lights parade they have every year. It is in San Jose and not really that far from us. Initially we thought we would go to the parade. It was this past Saturday and the parade started at 6pm. For some reason we had the idea if we left at 3pm that would have enough time. That's like leaving for the Macy's parade at 8am. We would have never gotten to see anything. So we did what we do for the Macy's Parade. We watched it on TV. You get to see everything so much better and you don't have to worry about stepping on people or parking.

This Festival of Lights Parade was spectacular! The floats were exquisite. They had bands, dancers and acrobats. It was so well done and filled with such pride for their country. We really enjoyed it in the comfort of our bed! I wouldn't equate this with the Macy's Parade, but more like The Rose Bowl parade. Very festive and in the spirit of celebration! 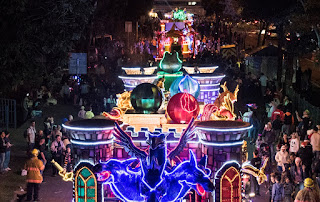 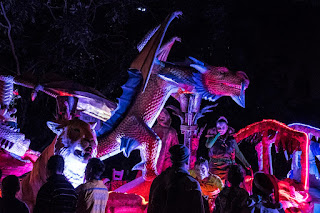 I'm going to end here. I feel like no substance today, but my blog is about sharing my journey and this is really a nice treat from my journey. Enjoy!!!