A Conversation About my Mind 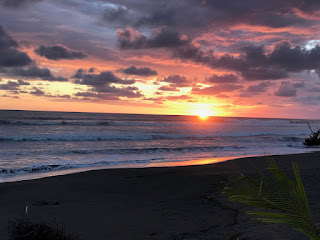 Today I feel a little off kilter. Why? Well I think it's a lot of things all at once. I see a therapist once a week and process stuff that is going on with me.  Sometimes there is more going on than I realize and also events that happen in the world effect me.

The shooting in Florida this week has thrown a wrench into the scheme of things. When you become a mother, you become a part of this new organization called Parents! While I was reading who all the casualties were and what these poor parents were saying about their kids, my heart sank. I couldn't imagine losing Myah. There are no words to comfort these people.  A true tragedy for all.

I really don't want to talk about the politics of guns right now! I am against these automatic weapons and believe there should be gun regulations.

What I really need to say is I am mentally ill and am tired of apologizing for it!

This kid had problems. He might have been bipolar like me, but seems more like he is in the sociopath or psychopath realm. Every time there is a mass shooting, the person is called mentally ill according to the police and media. My blood boils so much for so many reasons. Why don't you just inflate the stigma balloon bigger, so those who are suffering with mental illness can struggle even more, or better yet, go kill themselves.

I am bipolar and I can tell you that, when manic, your brain is going so fast it can't focus for long on anything, let alone plan and execute a mass shooting. Bipolar depression is very dark and deep. For me, getting out of bed or off the couch are hard enough, so I can't imagine when depressed wanting to kill other people?

In the Aurora shooting, the kid was schizophrenic and not on medications. I am not excusing him at all.  Our medications are harsh and if there was big money put into research into mental illness maybe a whole population of people won't be suffering with really debilitating side effects. Often the side effects are worse than the illness itself.

Right now I am on very few meds, but there was a time I had an awful psychiatrist. She thought giving me 6 medications would prevent me from having mania and depression. Sounds thoughtful, right? Turns out the prevention was more for her professional safety, because she had lost patients in the past. My hands shook so much they were uncontrollable and I couldn't write or type on the computer. I am a documentary filmmaker and couldn't hold a camera or edit. My lithium level was high and I felt sleepy until the late afternoon. And these symptoms are minor compared to what other people I know have gone through.

We with mental illness have to deal with the illness itself, our psychiatrists(Good & bad) and our medications. Even though I am in recovery, my life is a constant battle with my mind. Now, with this plus the huge balloon of stigma that is always over our heads! Stigma kills and stops people from getting the help they need. It also keeps research from being done on our behalf.

17 people were killed in Florida and I am wondering how more many deaths occurred around the world because some mentally ill people who are struggling once again see in the media that they are equated with a mass murderer. It is so irresponsible!

Well, my sermon is over! Love and Peace to You All!
Ciao
Gina 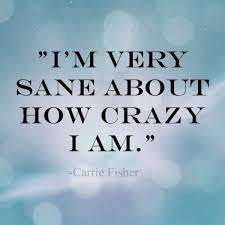