Passing of a Friend!!! 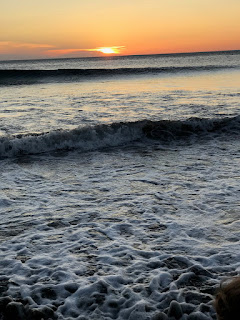 Today, I am going to talk about a friend I lost in early January.  My friend Frank died 4 days shy of his 68th birthday. All I know is he passed suddenly at his apartment in Hoboken.

I lived in Hoboken from 1990-1995. Those were my miracle years. I call it that because they are the years I was most active in the 12 Step Program of Overeater's Anonymous, Therapy, and Church. They were some of the most painful years of my life and some of the most joyous.

Frank and I met at St. Francis Church. There was a youth program that we both volunteered  for called RAP(Reading, Arithmetic, Play). Kids in town could come every Saturday to St. Francis Church and we would help them with their homework and then take them out to play. All of us volunteers ended up friends and hanging out together. There might have been 6 or 7 of us.

We all did things like hang out at our favorite dive bar and eat at all the great restaurants, Sit around Church Square Park and take a movie in together. For awhile Frank and I would go to have dinner after church together. Frank came from a Sicilian background and mine was Calabrese like the Chairman of the Board (Sinatra).  Italians on Sundays eat Dinner in the late afternoon.

What I need to tell you about Frank is he was born with no hips. In 1950 it was pretty much a hopeless situation.  When Frank was a kid he had an operation at Saint Mary's Hospital in Hoboken. They fused hips of a boy who had died to Franks body. It would have been okay but being it was the 1950's, the precautions to shield him from other diseases weren't yet in place. Frank contracted both Tetanus and Polio. Because of the Polio, he wasn't very tall and he eventually walked on crutches after being in a wheelchair most of is young life.

Here is a man for whom the cards weren't in his favor, but he still took on life. He went to college and was married for awhile. He had an array of friends and great faith in God. His most charming characteristic was his sense of humor and especially around his situation. I admired my friend greatly. His life wasn't easy but he showed up. Yes, he had his bouts with depression, but who wouldn't in his situation.

We became good friends and I loved him dearly. He wanted a more romantic relationship and I was flattered. They were tough times for me back then. Just didn't see myself with Frank and not because he was disabled. There was an edge to him because of his disability.  I totally understand but he could be real cutting in his comments. Just pure mean at times and he could get away with it, because he was less than 5ft and had crutches. Sometimes it was hard to take.

Of course I feel totally guilty that about everything. My response to his romantic gestures was that he was too old for me. He was 14 years older than me and I married Jesse who was 16yrs older than me. That one sure bit me in the ass!!!

I remember when I told Frank I was bipolar, he said "I always knew you were a little nuts!" Any one else I would have been pissed, but with Frank I laughed!!

My admiration for him grew when discovering my own disability. Frank lived in a three floor walk up for over 20 years. He was City Clerk in Hoboken for  20 years. Frank would walk 5 or 6 blocks to work and I know as he got older he took a bus. He read for years at St. Francis church during mass. I think one of his crowning achievements was being an Exulted Ruler of the Hoboken Elks.

Once after church we were walking to the diner and he fell. I was never so scared but he got right up. We just let it pass and moved on with our conversation. I remember telling a mutual friend of ours that in those few minutes I saw Frank's world. To me, he was and will be one of the bravest people I have ever known.

Last time we spoke was June. He called to tell me that our priest Father Mike had been killed in a car accident along with his sister. We were both so blown away. I had meant to call him about my move and make arrangements to see him but I didn't. So I told him about our move and that I would go out to Hoboken before we left. That was the last we spoke. I called back the next day for funeral info and to say that I would meet him. He never returned my call.

I miss him and his wonderful sense of humor, but he is no longer suffering the indignity of having a disability. Rest in Peace my friend!