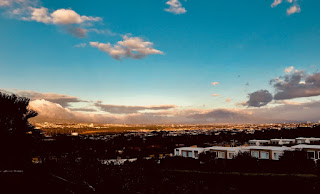 America's favorite past time, "Baseball," is something my husband and I live for all year. Usually, the Super Bowl just signals the coming of spring training and a new baseball season.

This year was different for two reasons. One is that living in Costa, I didn't expect so many people to be into the Super Bowl. But we were invited to 2 Super Bowl parties. Jess and I usually watch the Super Bowl only for the commercials and the half time show. So, consideration to attend a party was taken seriously.

The second reason that really sealed the deal this year was the fact the Philadelphia Eagles were in the Super Bowl. I grew up in South Jersey right outside of Philadelphia and, as a kid, I watched many Eagles games. Believe me, they weren't always the greatest team to watch, but Philly fans are die hards. That is something to be admired. My brother-in-law Rich was one of those die hards.

All season I was getting updates on the Eagles from my FB friends and my sister. It seemed like they had a really good team and their standings were high. Many injuries and their quarterback was out for the season. They persevered and made it to the Super Bowl up against one of the best teams, the Patriots.

Now, we went to our friends, Vivanna and Itlo's Super Bowl Party! Their daughter Isabel and Myah are best friends. They played upstairs while we watched the game. Itlo who is Brazilian invited friends from Argentina, Costa Rica, and Canada. They were all routing for the Patriots!!! Thank god they weren't big fans, but I was. Every time the Eagles scored, I screamed real loud "Way to go!" Unfortunately, I couldn't do my victory dance there because Myah was tired and it was past her bed time. We left at the beginning of the 4th quarter.

Jesse got to watch most of that quarter, as I put Myah to bed. She passed out right after her last book. Fortunately, I walked in the bedroom to catch the last touchdown and field goal. Yes, I jumped up and down, but I ran for my phone to call my sister. We had been texting all night about the game. She said everyone in town was celebrating outside, so we didn't talk for long. It was really exciting!!  Thursday there is a Parade in Philly and 3 million people are expected. Should be fun! Sorry I will miss.

Love and Peace to You All!!
Ciao,
Gina