I am an Expat! 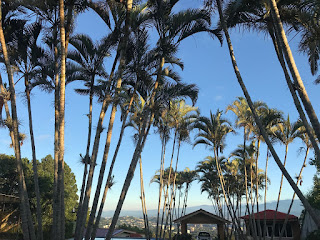 That's about how much Spanish I know! So, something that has been on my mind but I actually haven't verbalized is the fact I am now considered an Expat. What does that word really mean?  I don't feel like less of a patriot because we decided to retire to another country. I love the USA especially New York.  We will celebrate our Holidays and teach
Myah about the history of our great nation. I may concentrate on the female greatness.

The other side of this Expat stuff is being here and reading what's going on is the USA.
We were stunned by what happened in Charlottesville, VA with white supremacists rioting
and killing of Heather Heyer. The amount of hate that has been coming out since Trump took office is really upsetting and appalling. We all must of had blinders on thinking that things have changed.
Well, at least us White people. Blacks still searching for that Dream Martin Luther King promised them. The Nazi chanting and Jew bashing was all too familiar. Reading and watching all of this unfold like was like we were seeing a different country! Trump flip flopping on responses and finally choosing the Alt-Rite side was no surprise. This was what I thought would happen when he got elected.

Then there is the tragedy of Hurricane Harvey in Texas. Those poor people and all the destruction.
They say it's going to be a long time to get things back to normal. Now I just saw how 85% of Houston homeowners don't have flood insurance. When something like this happens really makes one see that we aren't in control of anything. Our prayers our with these people.

Yes, I feel a little on the outside but I grew up with a father who was passionate about this America and he passed it on. The America I love is the people who fight and not give into powers that want to take their freedoms away! To me they are the true Patriots.