I need to learn Spanish! 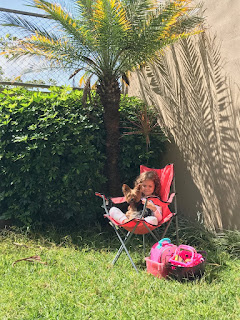 Hola means hello in Spanish. It is one of the few words I know in Spanish. Now, we were not under any delusion that we could live here without  learning Spanish. Months before we left, Jess and I downloaded an app called Duolingo to learn Spanish before we got here. We both were vigilant about working on it daily. Then when we started getting busy with the move and it kinda dropped off.

Now that we are here, it is so important that we learn. Yes, some Costa Ricans speak English, but I   feel funny because we are in their country. Today, walking around the Farmer's Market and Walmart, I realized that this Latin Culture isn't foreign to me and I don't really feel out of place. Maybe I should, but this could be the result of living in NYC for 33 years. The exposure to the Latin Culture has been quite dominant because of friendships, co-workers and neighborhoods I've lived in. New York is a microcosm of many cultures and you are exposed to so many types of people. To me that is it's appeal.

I've always felt that the Latin culture is akin to Italian culture. Even the languages are similar. When we are here making a life for ourselves, it just doesn't feel right not to speak the language. And not speaking the language makes things more difficult to do.  Because of language, Myah has her own frustration in making friends. The thing about her is she will probably be speaking Spanish by the end of the school year. We are on the outside of this culture for many reasons, but to speak the language would be one way of getting in.

There have been times when I've lived in certain communities and I felt not included. We lived in Harlem and being white definitely put us on the outside. I have to say after time we became a part of the neighborhood. I loved the community and our neighbors.  The black community was very generous to all outsiders. A real credit and I wish we could say the same.

This wanting to fit in comes from the fact I didn't feel like I fit in with my family.  Well, not exactly true. I fit with my cousin Gary. The only real time I tried to fit in was by working in Fashion for so long. It was business and that is what my Dad, Mom, and siblings did. I've always been my own person and that is something I like about myself. Even when I speak Spanish, I will still be my own person.

I lived in Hoboken for 5yrs and I relate to it in the same way as the time my parents sent me to live with relatives. It was really nice because I was on the inside with my church and with some friends. I looked like most everybody. When I was growing up in Pitman I really stood out because of my big dark curly hair.

Just thinking about NYC and how you don't worry so much about fitting in because New York is the place you go to be yourself.  Costa Rica is the place to drink the pleasures of paradise.