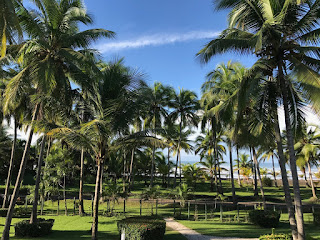 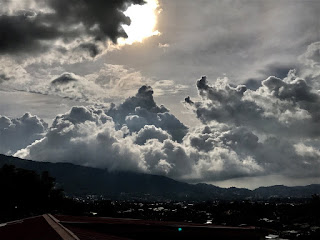 Like my title? Well, I realized the other day that Costa Rica is bipolar! No, it's not why I moved here. Right now it's rainy season and actually it will be over in November. Let me describe the rainy season. Sun comes up about 5am nice and almost too bright. There is a breeze and temperature that is just lovely.  Most of the morning and early afternoon are like this. Complete bliss! Then in the mid to late afternoon the sky starts get a light grey and the shade intensifies into a deep charcoal then thunder! The thunder here is nothing like I've ever experienced. It goes right through you! Maise almost has a heart attack every time. Rain in Costa Rica is so dense and it pours down so hard. It could last a few minutes or the rest of the day. Usually the day remains pretty grey until the sun goes down around 6pm.

Now, you are probably wondering why I am saying that Costa Rica is bipolar? Well, it's like this. The bright mornings and the bliss is like the early part of a manic episode. You have never been so happy and all is great with the world. There isn't a thing you can't do! Unfortunately, for me this part never lasted too long. The sun is still out, but lists are written and things need to be organized. Then my favorite part - the cleaning of my apartment. You would think it's a clear sign something was wrong when you are up two in the morning cleaning your bathroom tile with a toothbrush!

Work is really is where it kicked in. First I worked in the production area in the fashion industry. I was a fabric buyer. Everything begins with fabric, so if you don't make your deliveries everything goes off schedule. My day was hustling the design department, merchandising and the factories. Dealing with three different seasons at the same time. I was good at this in spite of my illness, but stress and high level stress just feeds the bipolar illness. I would work from 8 in the morning to about 11pm every day and at least one full day on the weekend. It took me some time to realize I could do something else, other then be a slave to fashion as they say. Being manic is so painful for many reasons. First you see yourself going so fast and making lists and you want to stop but you can't. My body felt so wired and tight from not sleeping enough. Your mind goes a mile a minute and you just want it to stop...but you can't. 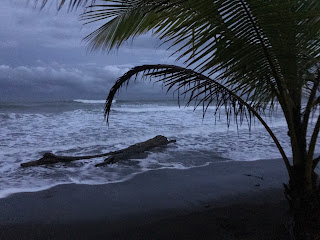 Then I would crash and the grey sky starts to come to my doorstep. Partly because I'm so tired but whatever I did or didn't do when I was manic get's made bigger and bigger as the sky get's darker and darker. My very clean apartment becomes messy and dishes are in the sink. The rain begins to pour hard and I sleep and sleep. I go to work, put on my best facade, and then I come home eat and sleep. On the weekends all I do is sleep and cry about whatever my illness is blowing out of proportion for me. It was explained to me that for people with bipolar illness, feelings are more intense or extreme than someone who doesn't have the illness. When I was single, it was always about being alone and my finances. Depression is a weight on top of your body that won't go. Bipolar depression is very hard to get out of. That's why people kill themselves. Fortunately I have never wanted to do that but I have had thoughts. Some woman shared at a mood disorder group I went to that it isn't that she wanted to die, but that she only wanted to kill the pain. That is exactly how I have felt at times. Usually depression eases up after I get so sick of myself that I do something. Last time I went for a run, go figure!

By the grace of god and my own resiliency, I've had no manic or depressive episodes over 6 years. I really thought when my mom and Aunt were killed, I was going to lose it. I kept waiting for the time bomb in my head to go off and when it didn't happen I asked my doctor why? She said not you, Gina. That is exactly what it feels like...a "time bomb!" There is no special recipe I have for maintaining my equilibrium. My support is awesome.  I take meds, therapy, exercise and have a spiritual life. Along with many hours of self help programs. These things are important, but I think what changed for me is when I accepted my fate that knowing it's an illness and I could manage it. That put the power back in my hands. 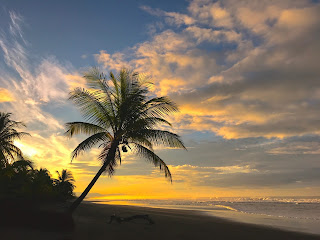 Rosanna Russell said…
Once again, catching up... I'm learning a lot, not only about the seasonal changes and weather down there, but also what it's been like for you. Great analogy! It takes a great deal of chutzpa to share some of it, so thank you!!! You are an amazing lady!!
October 4, 2017 at 5:37 PM